Dial Up Modem and Caller ID in Greece 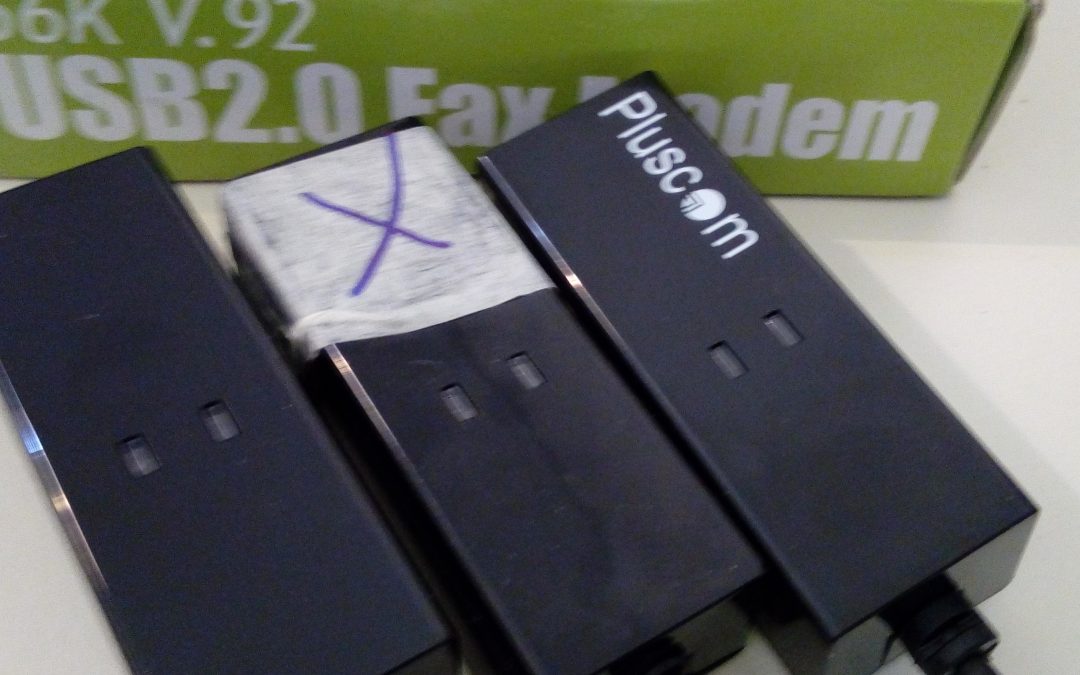 Making an application that uses a dial-up modem is not only tricky because of the hardware-software connection, but also for finding the right hardware and setting it up properly.

Be careful when you are buying a modem for caller id, make sure not only that it says “Support caller id”, but it must NOT have the word “(optional)”. If you are not sure ask the seller to verify it.

The code in VB.Net is really simple. But you must be careful of 2 things:

Finally, in order to get the modem ready, to get the caller’s id, you have to pass the next 3 commands to it:

Personally, I tried to set one up in UK and later in Greece, the UK (B4) worked right away without any problems, but in Greece it looks like (46) is not always the case. With Cosmote (46) worked fine, but with Wind (46) didn’t work. And because some suggested that Greece is following the German standards, I tried (42) and it worked.

Here are some country+codes BUT always check the manual. More for command and help here.

Use PUTTY to check the modem and it’s support for caller id.

If you want to check what are the possible values of a command use the question mark like this: AT+GCI=?

If you want to check what is the current value of a command use the question mark like this: AT+GCI?

I found that the following site helpful, with troubleshooting : Modem-Frustration

If you have any questions or you need help with coding your application, please, send as an email and we will be happy to share our code and/or our experience with you.